”The strongest singer on stage is nevertheless the soprano Hege Gustava Tjønn as Titania.”

”And the performances of the soloists are generally great, even brilliant. Hege Gustava Tjønn uses his rich, almost powerful soprano to create a Titania with a full range of human and divine attributes.”

”A large number of singers put colour on the gloomy stage, not least Hege Gustava Tjønn with her lyrically compact soprano like Titania. Her lullaby for the dying Oberon (with expressiv bass baryton Eric Greene) is the most beautiful scene of the opera.”

Hege Gustava Tjønn is born and raised in Norway. She studied at the Conservatory of Music (Vocal Pedagogy) in Oslo, Norwegian Academy of Music (song) and the State Academy in Oslo, and was engaged in Germany directly after her graduation. She lived in Germany (Stralsund, Berlin, Darmstadt) until 2004, singing opera, operetta, musical, lied and church music. Then she married the Austrian actor Walter Ludwig and moved to Austria.

In 1997 she was awarded first price at the Layla Genc International Singing Competition in Istanbul, and an award for best singer in the Norwegian Queen Sonja Competition in Oslo. Hege GustavaTjønn is working as a freelance singer in Europe, United States and Canada. In Austria, she was employed in Salzburg Landestheater from 2005 to summer 2009, when she moved to Vienna with her family. Here she was performing in Baden (all the ladies in ”The Tales of Hoffmann” 2009 and Metella in ”Pariser Leben” 2010, both of Offenbach), the Neue Oper Wien, where she sang Gasparina at the premiere of Herwig Reiter’s opera ”Il Campiello” 2010, concerts in the Musikverein und Konzerthaus, and the Wiener Stadthalle as Titania in the musical ”Sommernachtstraum” by Lochmann, among other things.

In 2012 Hege Gustava sang church concerts in Germany, concerts and productions in Wiener Konzerthaus and Wiener Burgstheater, and in the summer Hege Gustava returned for Baden and the title role in “Grafin Maritza”. On top of that she is made a lieder CD with songs by Debussy and Fauré with lyrics by Verlaine, together with pianist Hyang Lee-Labek.

In spring 2013 Hege Gustava sang The Queen of the Night in The Magic Flute at Malmö Opera, Sweden. Conductor: Leif Segerstam.

In November -13 Hege Gustava went to Saigon, Vietnam and performed The Queen of the Night and to give master classes at the Academy of Music.

She returned to Malmö Opera in 2014 to create Musetta in La Boheme. Conductor: Christian Badea, and in 2016 to sing the title role in Donizetti’s ”Lucrezia Borgia” on tour:

In 2018 Hege Gustava once again returned to Malmö Opera as the leading female role Titania in Hans Gefors’ ”Der Park”, spring 2018. The reviews are triumphant, see above. 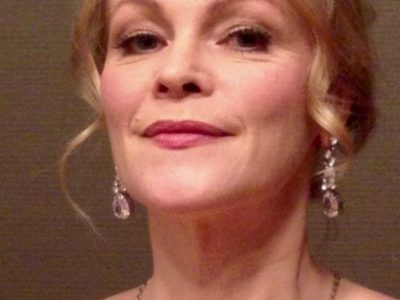 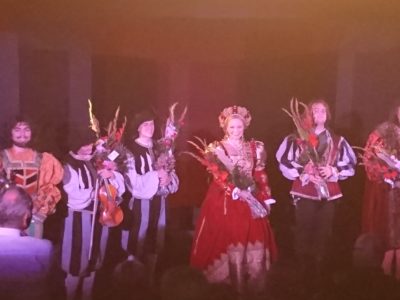