The 2019/20 season highlights are Don José in Carmen in Bodø/ Tromsø with the Arctic Philharmonics, debut at the Prague State Opera as Joaquin in Fidelio and David in Die Meistersinger at The Norwegian National Opera.

In the 2011/12 season Thorbjørn sang his first Rodolfo in La Bohème as well as the tenor part in Haydn’s The Creation. In 2012 Thorbjørn participated in Samling’s prestigious Masterclass programme, sang more performances of Rodolfo and the role of Anatol in Barber’s Vanessa.

Highlights have included the role of Juan in Massenet’s Don Quichotte for the Chelsea Opera Group at the Queen Elizabeth Hall, London, Rodolfo/La Bohème for the Nationale Reisopera in Holland and on tour in the UK and Tenor 1 in Martin’s Le Vin Herbé at Deutsche Staatsoper Berlin.

In 2013 he created the role of Jaqunio/Fidelio for Bergen National Opera and in spring 2014 he was re-invited to the revival of Martin’s Le Vin Herbé at Staatsoper Berlin. Thorbjørn sang Romeo in Gounod’s Romeo et Juliette in Malmö Opera’s production on tour with Riksteatern in Sweden, spring 2015.

Thorbjørn worked at The Norwegian National Opera in Oslo 2015-2017 where he has performed roles as Vana Kundrjas in Katja Kabanova, Steuermann in Der Fliegende Hollender, Tamino in Der Zauberflöte, Gastone in La Traviata, Andres in Wozzeck, Pong in Turandot, Remendado in Carmen, Teacher in Lady Macbeth of the Mtsensk District, Beppe in Pagliacci, Jaquino in Fidelio and Spoletta in Tosca.

Thorbjørn is a passionate Lieder singer and together with pianist John Lidal he has performed Dichterliebe by Schumann at recital concerts, most recent at The Norwegian National Opera. In November 2018 he sang Beethoven’s “An die Ferne Geliebte” with the Engegård Quartet in Oslo.

In the season 2018/19 Thorbjørn sang Rodolfo in Bohème at Opera Nordfjord and Duke in Rigoletto at The Opera Festival Kristiansund. He returned to The Norwegian National Opera to sing Tamino in the same season. 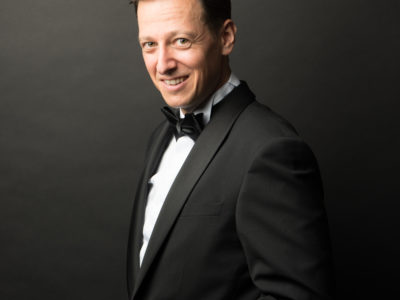