Hamida is a member of the Opera Studio at the Zürich Opera from September 2014 – June 2016 and can look forward to roles at the Zurich Opera as Laura in ”Luisa Miller”, Tamiri in ”Il re pastore”, Gianetta in ”L’elisir d’amore” (Cast include incredible Diana Damrau, Pavol Beslik, Massimo Cavalletti and Lucio Gallo), Amina in ”Traviata”, Lady-in-waiting ”Macbeth” and Masha in ”The Queen of Spades”. The 23rd of December 2014, Hamida sang Pamina in Mozart’s ”The Magic Flute” instead of a indisposed Norwegian star soprano at the Zurich Opera. The performance was described as ”a triumph”.

In October 2014 Hamida made her debut with Oslo Philharmonic Orchestra.

In autumn 2015 she made her debut at the Norwegian National Opera in the role of Micaëla in “Carmen”.

In the season 16/17 Hamida is a member in the ensemble at Opernhaus Zürich. 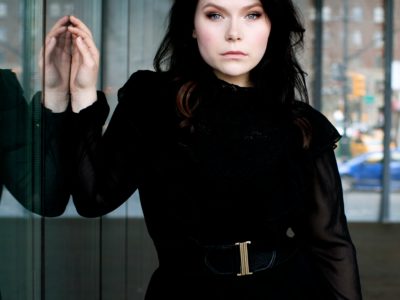