The Swedish lyric coloratura soprano Sanna Gibbs graduated from the University College of Opera in Stockholm. Prior to her being accepted to the UCO she attended Stockholm Operastudio 67 and the Musical Theater Program at Kulturama.
Through the course of her education she has performed either complete or parts of roles like Sophie in Der Rosenkavalier, Nanetta in Falstaff, Susanna in Le nozze di Figaro, Despina in Cosí fan tutte, Clorinda in La Cenerentola, Annina in La Traviata and Zerbinetta in Ariadne auf Naxos.

She has appeared as Papagena in Die Zaubeflöte at the Royal Swedish Opera where she returned to for the roles of Musetta in La Boheme and Blumenmädchen in Parsifal during the season of 2015/2016. Sanna sang Frascita in Carmen at Dalhalla Opera in summer 2016, Jenny Smith in Rise and Fall of the City of Mahagonny at NorrlandsOperan autumn 2016.

During the autumn 2014 and spring of 2015 Sanna sang the role of Juliette in Gounod’s Roméo et Juliette on tour, in collaboration between the Malmö Opera and the National Touring Theater in Sweden, Riksteatern. Her Romeo was Stellis Polaris’ tenor Thorbjørn Gulbrandsøy.

She has also appeared as Helena in A Midsummernight’s Dream at Läckö Castle and as Papagena and First Lady in Die Zauberflöte at Confidancen Ulriksdal Palace Theater.

Due to her background in musical theater she enjoys dancing and practice both jazz/show dance and ballet.

Sanna was soprano soloist in Lars-Erik Larsson’s Disguised God transformed to a stage production at Folkoperan in Stockholm, season 16/17 and leading role in the children’s opera ”The Long Long Journey” at the Royal Opera in Stockholm and later at Norrbottensmusiken in 2018.

In the season 17/18 Sanna returned to The Royal Opera in Stockholm as Lucy in Victoria Borisova-Ollas’ new opera “Dracula”. 12 performances, opening 28/10 2017 and again in spring 2019. Sanna sang Lucy in “The Threepenny Opera” (Die Dreigroschenoper) at Folkoperan, autumn 2019.

In season 21/22 Sanna will sing Fiordiligi in Mozart’s Cosí fan tutte at Folkoperan and Uppsala Stadsteater, and Cyane in Kraus’ Proserpin at Confidencen in Stockholm. 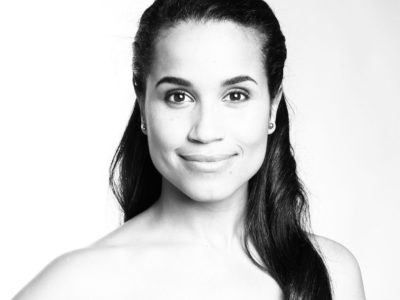 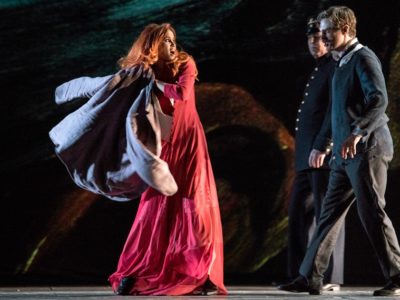